It's been too long since we presented a good old fashioned ridiculous Flopcast Top 4 ½ List... and so this week, we bring you a Betty list. (Hey, we take that "ridiculous" part pretty seriously.) We're listing our favorite Betty cartoon characters (from the Stone Age and beyond), our favorite (and least favorite) Betty songs, our favorite Golden Girl (of course), and many more. Whether you're looking for a 1950s pin-up model or a big box of cake mix, you could probably use a Betty, and here they are. (But if we missed your favorite Betty, please let us know. This is very, very important.) Also: This week's National Whatever Day reveals a shocking secret about one of the stars of The Big Bang Theory! (Not really, but we're trying to trick everyone into listening.) 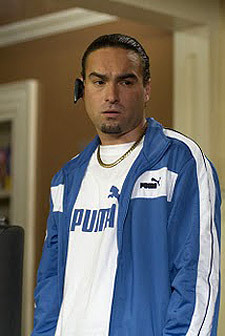 On Saturday, May 2, hit up your favorite local comic book store for Free Comic Book Day! Also coming up soon, the first RiffTrax Live event of the year: The Room on Wednesday, May 6.

Kevin kicks off his list with Betty Rubble (seen here as a cigarette girl alongside Wilma) and touches upon the Flintstones vitamin controversy. 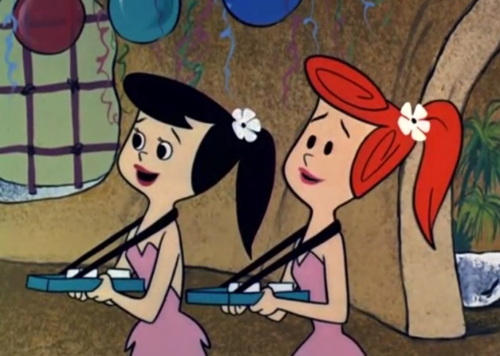 Betty Crocker sells a lot of foodstuffs and cookbooks, but she was not a real person.

Betty Finn was a character from the film Heathers and a half-remembered local band from the 90s. 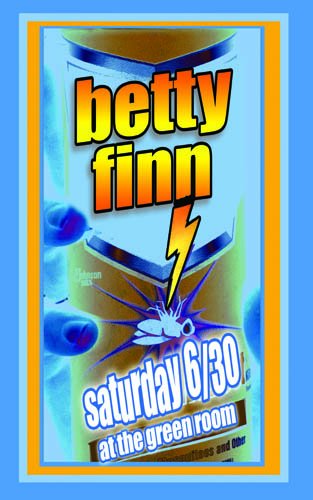 The reclusive Bettie Page, whose iconic image inspired many, was the subject of the biopic The Notorious Bettie Page and the documentary Bettie Page Reveals All. 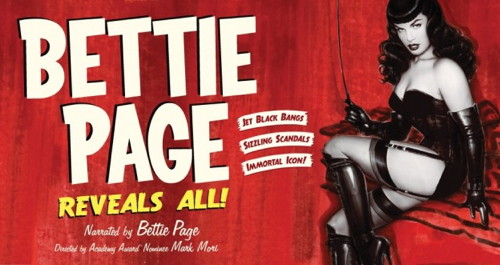 Everybody loves Betty White, still going strong at 93! Here she is with her Golden Girls costars. 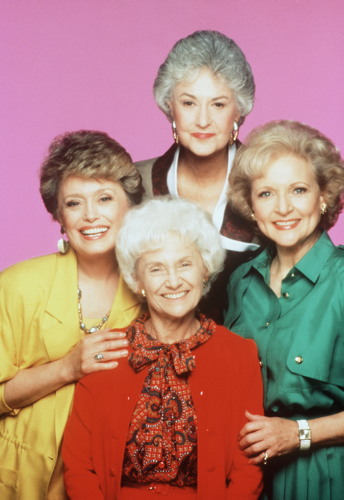 In a memorable episode of Laverne and Shirley, the hapless Lenny and Squiggy inherit the diner Lazlo's Place, which they rechristen Dead Lazlo's Place. Laverne does some renaming of her own, deciding "Betty" is a better name for a waitress than "Shirley". (Unacknowledged Betty: Laverne's stepmother on the show was played by Betty Garrett.) 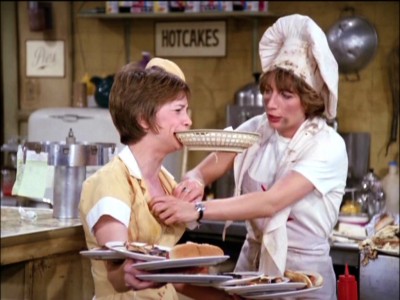 Betty Bear's Birthday by Gyo Fujikawa, Kornflake's favorite book as a child, has been mentioned on the Flopcast before. Could this have been the origin of the list idea? 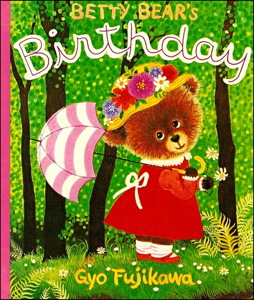 Betty or Veronica...the eternal question. Both of your hosts agree that Betty Cooper is the correct choice (though perhaps not the most valuable member of the band). 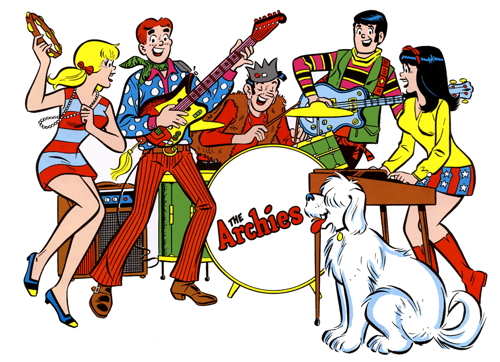 Kornflake honors her fun grandmother Betty by putting her at the top of her list!