We have an extra-short, extra-goofy show this week, because Kool and the Gang were right: it's TOO HOT. (Of course, Kool and the Gang were always right. So bring your good times and your laughter too, or suffer the consequences.) In honor of National Watermelon Day, we recall the good old days when the government forced everyone to rent Gallagher tapes and pretend to like them. (For a while in the mid-1980s, this was largely a Gallagher-based economy.) Despite the horrifying heat, we also fire up our supercomputer for a round of "The Pudding Pages," and end up discussing Jolt Cola and other weird soda from the past. (Kornflake still misses OK Soda, mainly because she was addicted to their toll-free hotline.) And finally, our "Chickens in the News" segment takes us to the jungles of Indonesia, where some mad genius built a giant chicken church! But we don't need to visit, because our studio is already hotter than an Indonesian chicken church (as the old saying goes). And so we trust in the wisdom of Kool: Gotta run for shelter, gotta run for shade.

National Watermelon Day is celebrated on August 3. Felicity is one of those people who doesn't like watermelon, but she did enjoy her share of Gallagher specials in the early days of video rental. 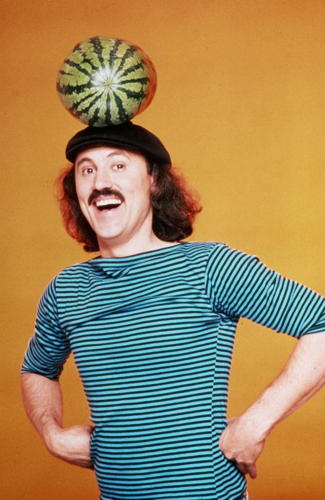 We all agree that Jolt Cola was pretty disgusting, and no more stimulating than your average caffeinated drink. 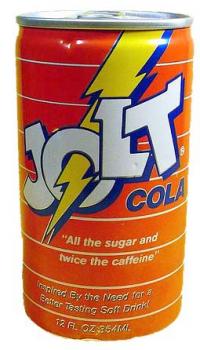 Florida's Chicken Church was discussed in Flopcast 052, but the Chicken Prayer House in Indonesia is a far more majestic structure! 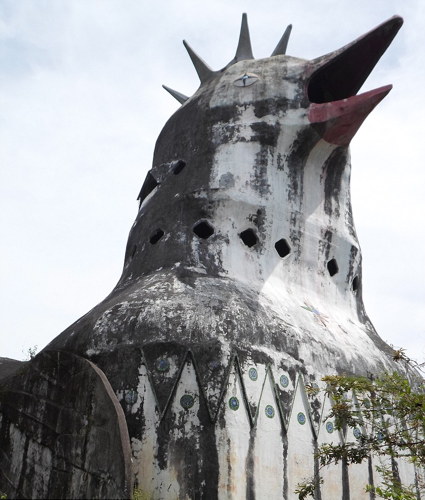