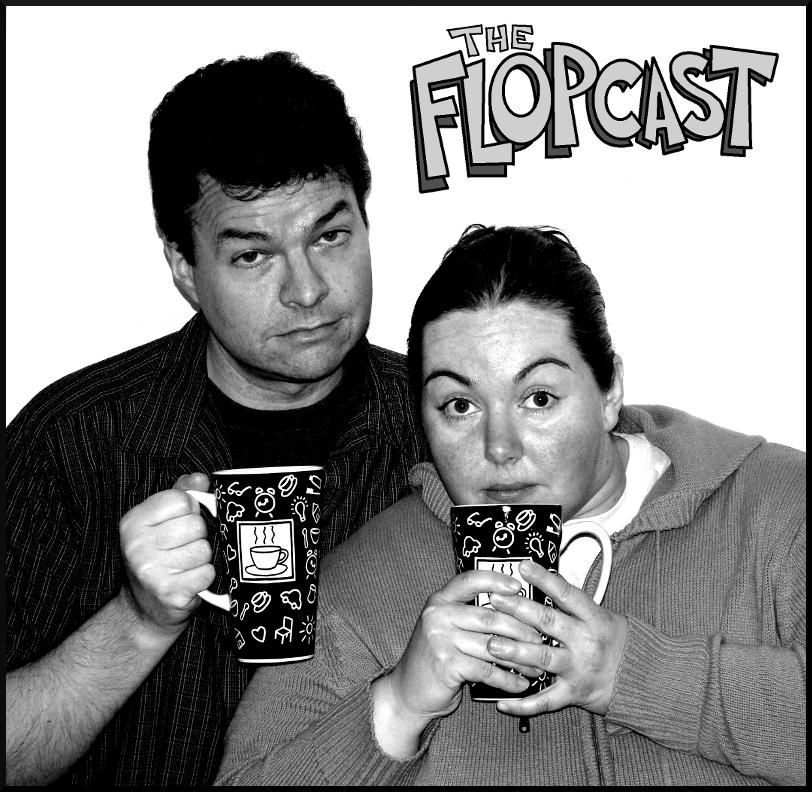 Flopcast hosts Kevin and Kornflake met while working on the assembly line at a rubber chicken factory in Woonsocket, Rhode Island. (They were not paid employees. Kornflake was just looking for interesting volunteer work, while Kevin was performing mandatory community service following his arrest for selling Charles in Charge bootleg DVDs. Also, the rubber chicken factory had closed down several years earlier. Note to current and future rubber chicken factory owners: When you inevitably go out of business, remember to lock the doors. It really helps keep out both the riff-raff and the ne'er-do-wells. In this case, we got one of each.)

Kevin and Kornflake's next collaborative endeavor was "The Snack Yak," which, on paper, seemed like a clever entry into the lucrative field of outdoor food concessions. In practice, however, a massive, angry, out-of-control beast carrying 300 pounds of yak-scented Scooter Pies was a less-than-welcome presence at area Little League games. (For a comprehensive account of the Snack Yak's disastrous final day in business, refer to investigative journalist Morton J. Paulinskill's book Yak-tastrophe: The Whole Tragic Tail. Old Morty could never resist a stupid pun.)

In a clumsy effort to dodge several yak-related lawsuits, Kevin and Kornflake slapped on some ridiculous fake mustaches, and parted ways. Kornflake got into radio, hosting a beloved comedy music show called Coffee and Cartoons. Meanwhile, after Kevin was kicked out of several sleazy traveling carnivals (it was an admittedly lame Spam-juggling act), he also fell into the world of comedy music as a member of The Sponge Awareness Foundation. Several SAF songs received airplay on the nationally syndicated Doctor Demento Show, which rocketed the band from "total obscurity" to "near total obscurity."

But Kevin and Kornflake always knew they'd work together again sometime, even if it meant breaking into another abandoned rubber chicken factory. Then one day, a mysterious creepy voice started screaming, "Flopcast! Flopcast!" This voice was later determined to be that of Gus, Kevin and Kornflake's secret invisible toad friend. (Note: The purported non-imaginary status of Gus is contested by the findings of a series of court-ordered medical examiners.)

And so at last, Kevin and Kornflake are back in business, and bringing you The Flopcast, live from Chickentown. They are still quite obsessed with both coffee and cartoons, as well as comedy music, and various other silly and geeky pursuits. And rubber chickens. And yaks. They remain frightened and confused. And they still base all their personal and business decisions on the advice of that invisible toad thing. A huge mistake? Well, based on the track record of these two hopeless dreamers, the answer to that question can only be: "You're still reading this? Really?"

Special thanks to Felicity, a crucial member of the Flopcast team. In addition to her responsibilities as Mayor of Chickentown, Felicity keeps Flopcast.net up and running, and understands the mysteries of the stupid Internet, which are far beyond the comprehension of your easily distracted Flopcast hosts.