Yes, it's Halloween in Chickentown! (But stay away, stupid trick-or-treaters! More Lemonheads for us.) Kevin tells the story of the bizarre Halloween when he carved pumpkins and juggled Spam on TV; Kornflake's past Halloween costumes include Yip Yip aliens, cows with weird piercings, and a pile of leaves; we discuss our favorite Halloween-type movies (like Mad Monster Party and Poultrygeist) and shows (like Monster Squad and, uh, The Facts of Life); and Kornflake ends the show with an eerily inaccurate Chewbacca impression. Listen closely, kids — some actual unexplained sounds and voices pop up throughout this episode! But it's still about as scary as a Frankenberry commercial. 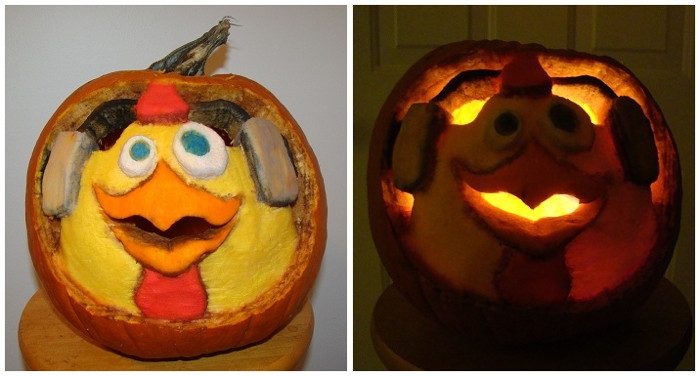 Note that as you look from left to right, each face is exponentially goofier. 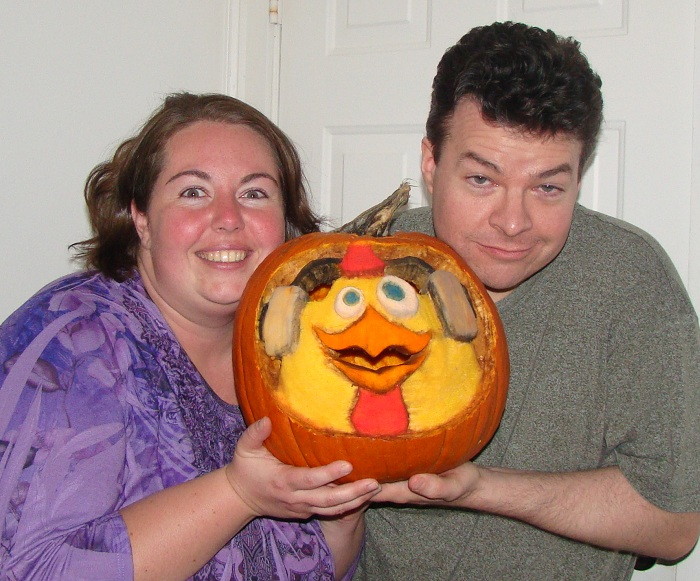 Last year Kevin made a Sleestak pumpkin and a Lionel Richie "Hello" video clay head pumpkin. We're still not sure why. 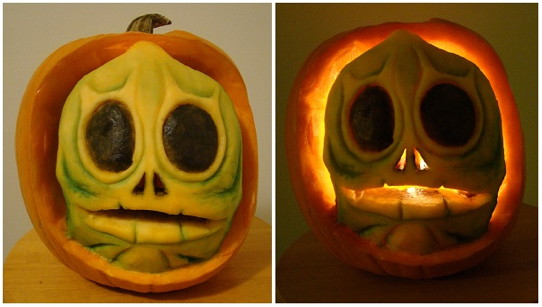 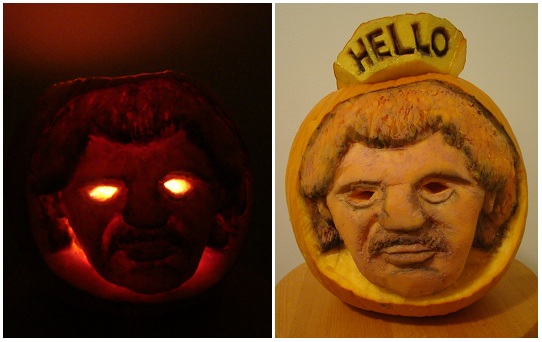 A couple of pumpkins from Kevin's appearance on the FX show Breakfast Time: Bob the Puppet (one of the hosts of the show, believe it or not) and the FX logo. 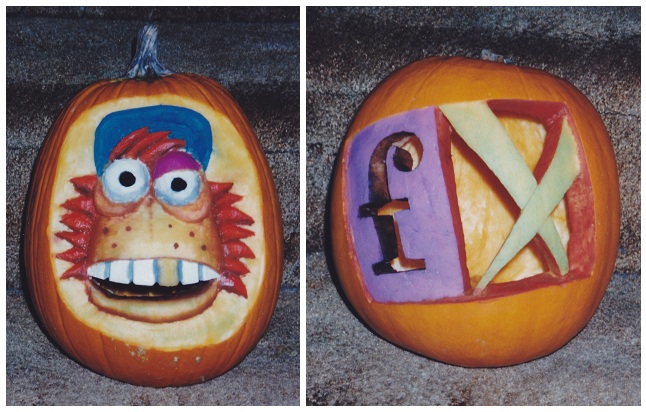 And some images from the show — in black and white! (How long ago was this?) That's Kevin, Tom Bergeron, Bob (in both puppet and pumpkin form), and yes, Regis Philbin. 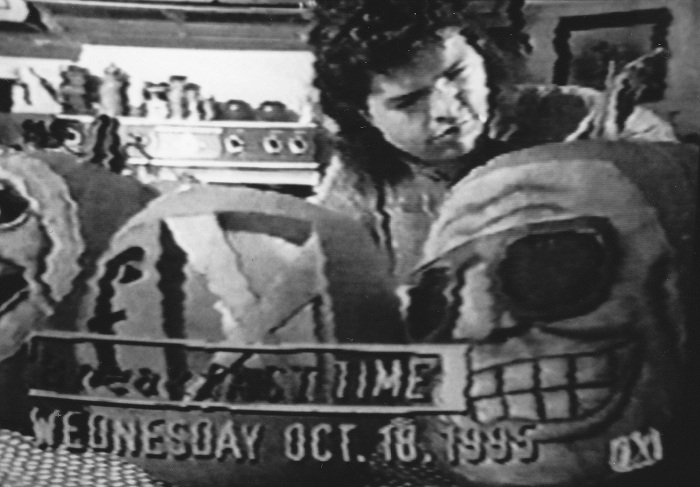 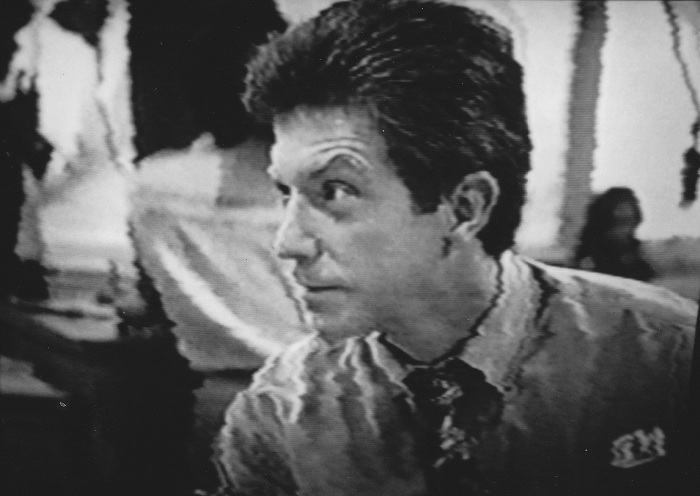 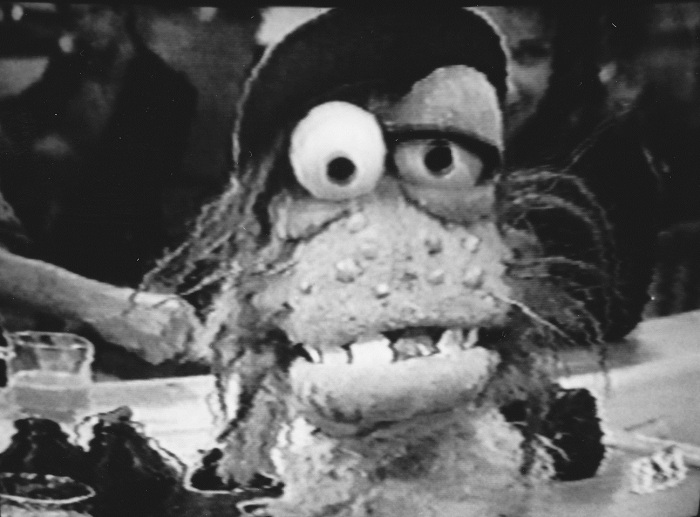 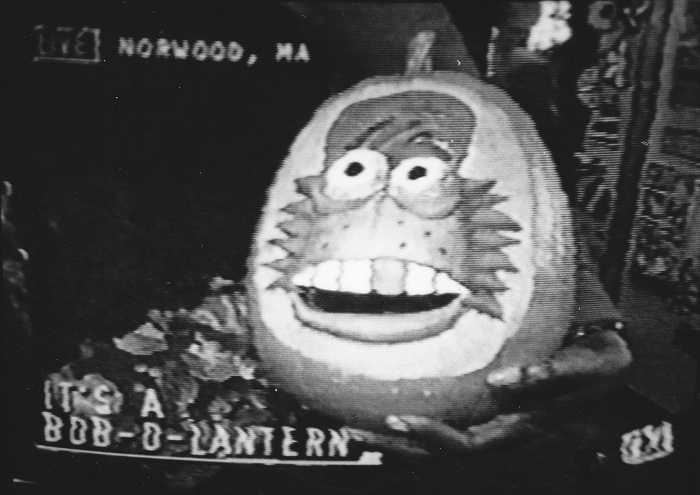 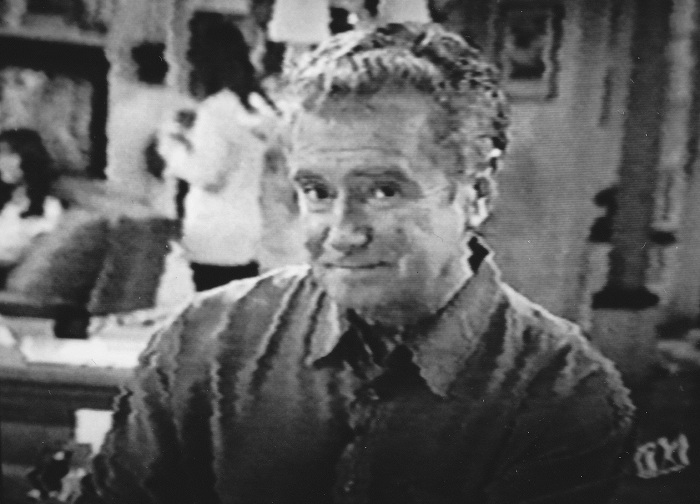 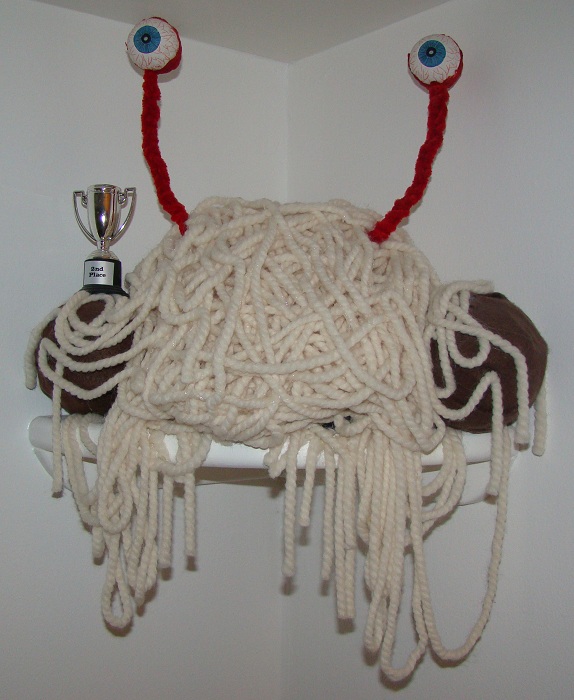 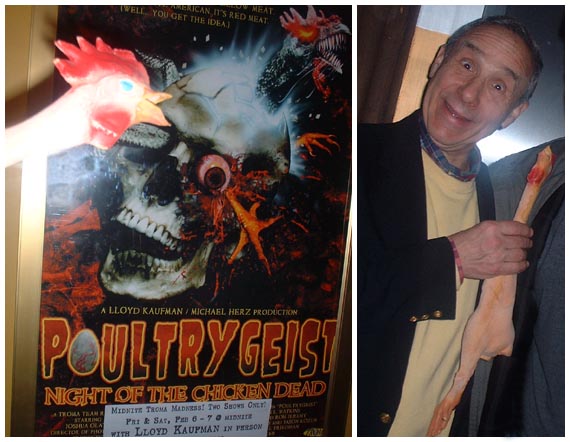 Exciting news for people who like stupid things! (People like us.) The justifiably forgotten 1970s Saturday morning series Monster Squad (featuring a pre-Love Boat Fred Grandy) is available on DVD! (From now on, there is no excuse for anything not to be available on DVD.) 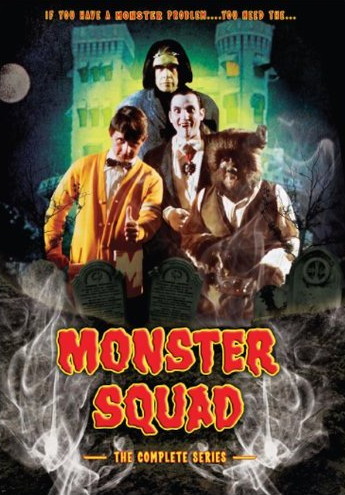