Live from the horrifyingly cold mid-January Boston waterfront, it's our annual report on our favorite local science fiction/fantasy convention, Arisia! Kevin was locked in for all four days of Arisia, moderating discussion panels, meeting the awesome costumed people, and just observing all the glorious geekery. Meanwhile Kornflake almost couldn't make it, but still managed to arrive for a surprise appearance and catch the last few hours of the convention. So let's break it all down for you. Experienced and/or discussed along the way: Freaks and Geeks, Crisis on Infinite Earths, Stranger Things, George Pérez, Stan Lee, The Wonder Twins, Heathcliff comics, the music of Limahl, Tom Selleck's birthday, the movies of 1999, science fiction and fantasy in rock music, trains in space, the march of the pool people, the perils of Powerpoint, gender-swapped Star Trek with the Post-Meridian Radio Players, Electra Woman and Dyna Girl, and of course, lots more. So please enjoy our little recap. It'll be like you were there with us. Hey, maybe you were there, and we just didn't recognize you in your chicken lady costume.

Kevin and John have returned to discussing Electra Woman and Dyna Girl on The Batcave Podcast.

Two of our favorite characters from current television: 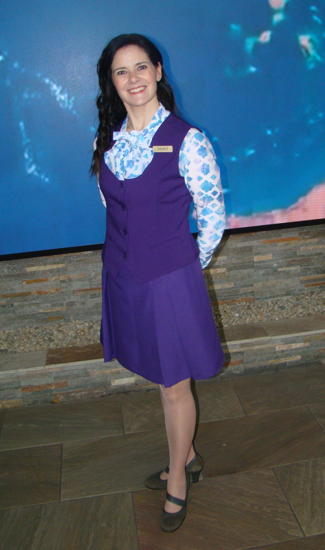 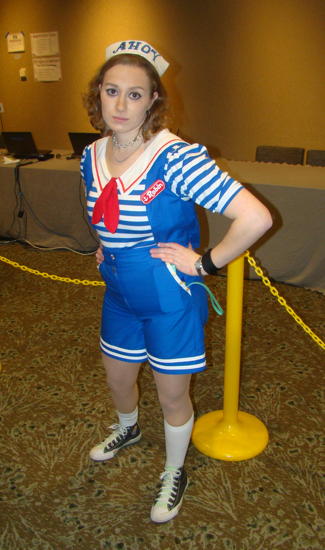 Last year, Kevin drew this cosplayer at a figure drawing session. This year, people are drawing on her! 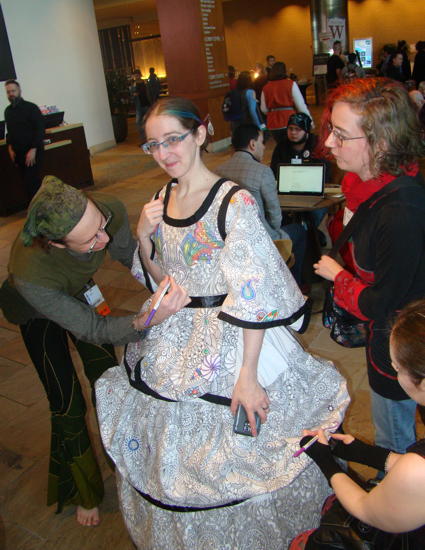 The everpresent Matches Malone as Batman with a Robin-inspired Harley Quinn: 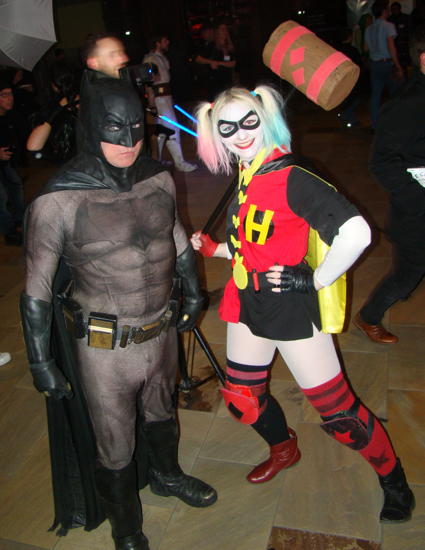 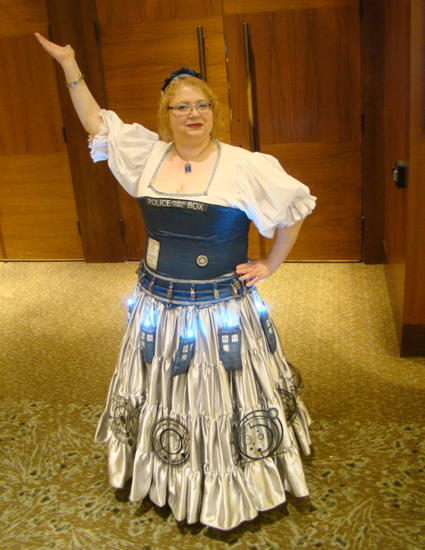 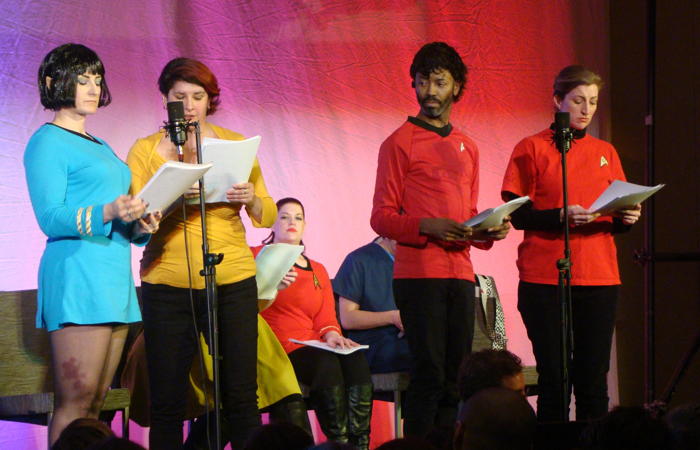