Still live from Minnesota, it's the shocking conclusion of our MarsCon coverage! We thought we'd end the convention by stuffing a bunch of crazy people into a hotel room. We did it for science. Joining us were: Blasted Bill, Ed, Bob, Tony Goldmark, Break Man Z, Mr. Tuesday, Angela, Jared, the great Luke Ski, and Carrie Dahlby! Discussion topics include: Dementia Track concerts by Luke, TV's Kyle and Lindzilla, Power Salad, Tony, and Rob Paravonian; Kornflake's shiny new lobster songs; The Sponge Awareness Foundation's tired old School House Rock medley; Blasted Bill's Stay Puft Marshmallow Man costume; bellydancing vs. wrestling; and how Bon Jovi wants to be the air for you. Then it's time for THREE rounds of "What's in the Bag," featuring: weird items requested by Kornflake from the Pod of Destiny, a weird TV dinner from Bob, and weird cookies from Break Man Z for our annual MarsCon taste test. (Perhaps the weirdest thing is that, by Flopcast standards, this was a pretty normal weekend in Minnesota.)

Knock knock...it's Ed from The Sponge Awareness Foundation! (Ed's still not on Facebook, but SAF is.) 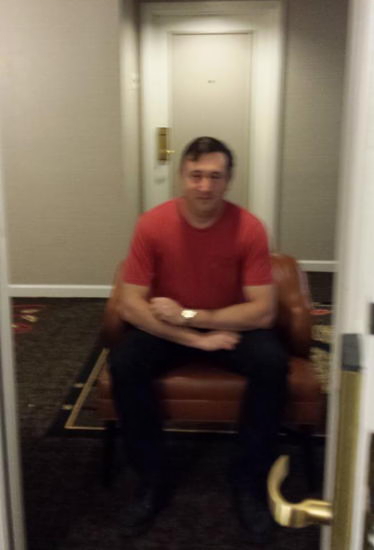 The great Luke Ski and his Mini-Ski: 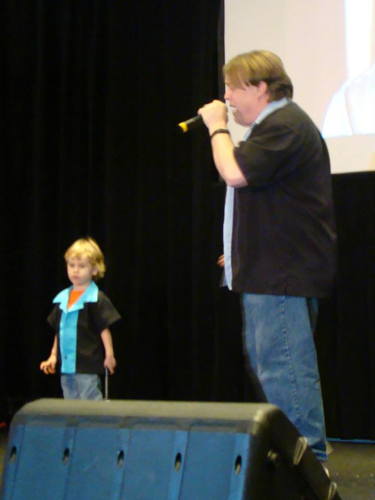 Kornflake performs a song about — what else — lobsters, with the help of Chris from Power Salad: 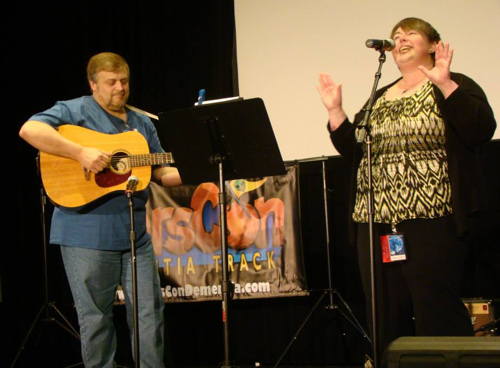 Once again, for more photos from MarsCon, check out our Facebook album.

TV's Kyle released Chicken and Waffles during his performance at MarsCon! 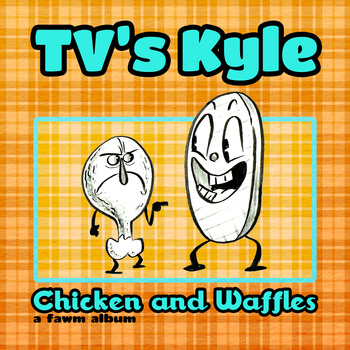 Kevin likes the cover of Tony Goldmark's Goldmark After Dark. Check out his web series Some Jerk With a Camera on Blip! 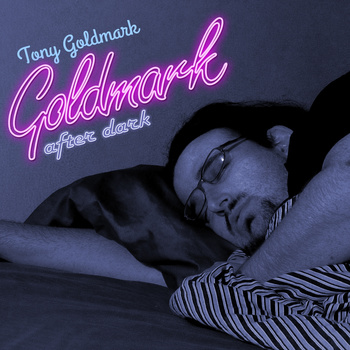 Other guests for this recording included: