Most scientists agree that Kevin is tragically obsessed with the classic 1984 movie Footloose. Kornflake, however, had never actually seen it! Thus our mission was clear — we had to watch Footloose, and then try to make sense of it all. So this week, we discuss the Footloose cast (which was completely upstaged by Lori Singer's red boots), the soundtrack (yikes, so many Top 40 hits, including one from a guy who may have been from Krypton), the dancing (let's hear it for the adorable "Kevin Bacon teaches Chris Penn to dance" montage), and of course, the chicken race. (No actual chickens were harmed in the chicken race — just Bonnie Tyler's crazy singing voice, and a couple of tractors.) We also have some perfectly reasonable ideas for new versions of Footloose involving squirrels, Klingons, and Rowan Atkinson. And the Mayor of Chickentown drops by and considers passing some Lithgow-style anti-chicken-dancing legislation. So kick off your Sunday shoes (do you really need a pair for each day of the week, Imelda?) and enjoy. And remember that somewhere, Kenny Loggins' beard is judging you.

This odd cast photo from a construction site accompanies a Where Are They Now? article from 2011 when the remake was released. Two of these guys weren't even major characters, and where are Lithgow and Wiest? It went unmentioned on the podcast, but Chris Penn sadly passed away in 2006. 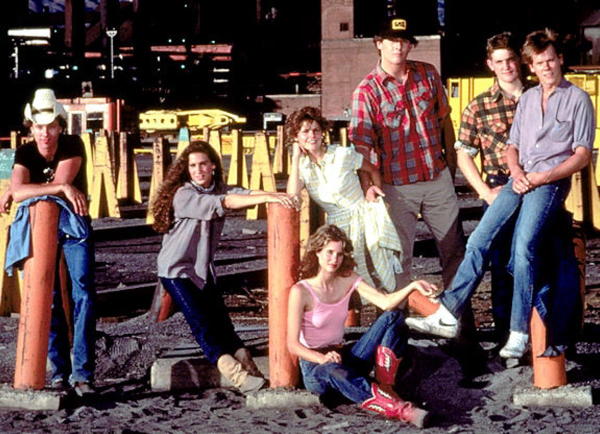 A game of "chicken" with tractors...don't try this at home, kids! 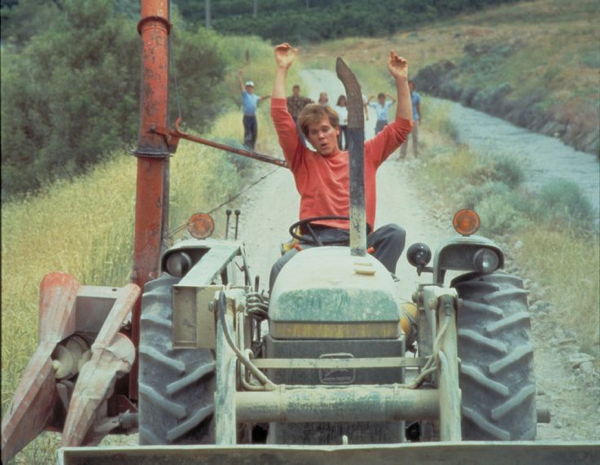 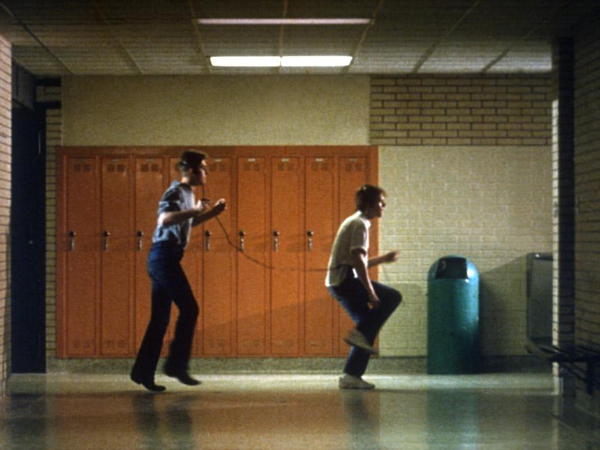 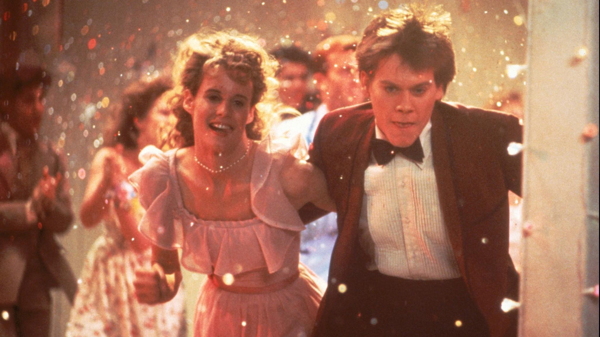 Let's throw in the theme song's video for good measure: