The Mayor of Chickentown returns with a report from the Los Angeles Doctor Who convention known as Gallifrey One, where she found the original K9 robot dog (and yeah, some robot mummies), but did not find the great Luke Ski (or pants). Meanwhile Kevin breaks his vow never to leave the house again, first to butcher a Men at Work song at karaoke, and then to play Tron at a crazy little movie theater hidden deep inside an ancient mill. But when we're done with Tron, Kornflake suggests we play Mario Brothers, because Mario Day is this week! (Time to hang that Mario Lopez poster in your locker again...) Also: Our friends at the Foxes in the Hen House podcast just released their annual romantic fan fiction episode. It's hilarious, and we just might have suggested one of the ridiculous characters involved...

MAR10 looks like "Mario". Yes, that's the rationale behind this week's National Whatever Day, and your excuse to play video games all day.

A recent episode of Foxes in the Hen House featured one of Kevin's suggestions as fanfic inspiration. In other podcast news, Felicity appears on an episode of Mutter's Spiral recorded at Gallifrey One, discussing the past and present of the con. 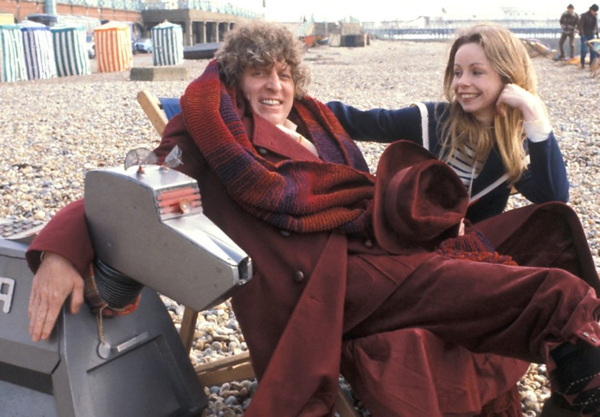 The actual K9 in the dealer's room at Gallifrey One: 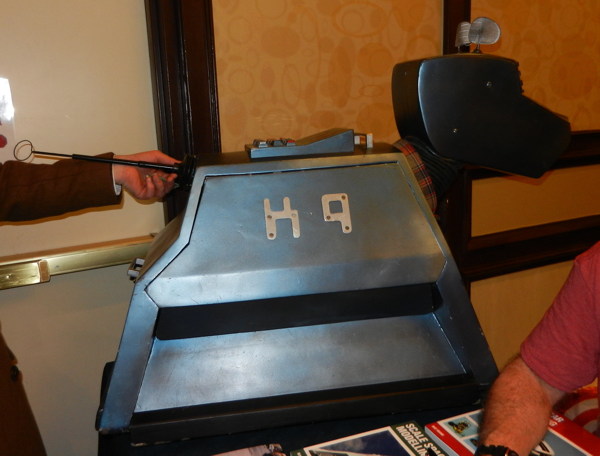 Lalla Ward is Chair of the Trustees of Denville Hall, which houses elderly actors and other theatrical professionals. 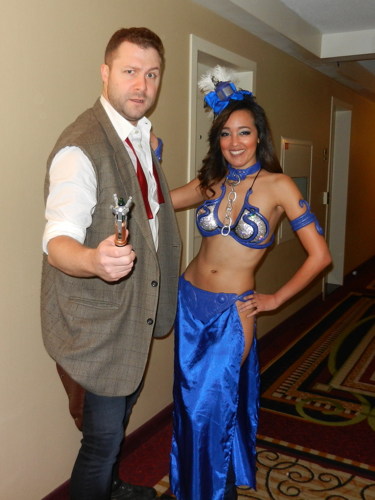 Sutekh and his robot mummies: 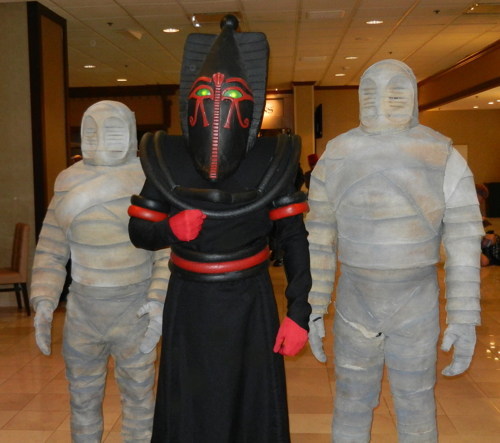 Adorable little Doctors are not so scared of Davros: 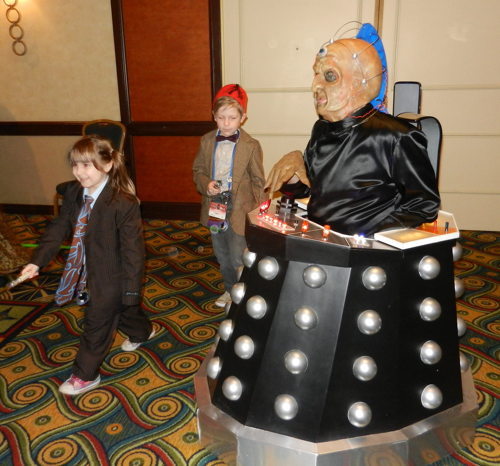