While Kornflake was away at MarsCon, Kevin was busy with silly things too. One of our comedy music heroes, "Weird Al" Yankovic, brought his "Ridiculously Self-Indulgent, Ill-Advised Vanity Tour" to Boston for two shows in the same day... and Kevin showed up for both of them. This long weird day also included stand-up from Emo Philips, a round of Weird Al Jeopardy, a backstage meet and greet, and a special late night show from Al's longtime band members Jim West and Steve Jay. (Live Hawaiian guitar music, at a Harvard Square folk club, at midnight, on a Sunday? Sure, we'll be there.) Plus: A stormy night in Rhode Island with The Mads (Mystery Science Theater 3000's Frank Conniff and Trace Beaulieu), a Stevie Nicks tribute concert and burlesque show from Niki Luparelli, and National Make Up Your Own Holiday Day. So go ahead and make up your own holiday. It can't possibly be as stupid as ours.

Kornflake is tired of doing all the work! Make up your own National Whatever Day.

Kevin was about to spend nearly all day in this theater: 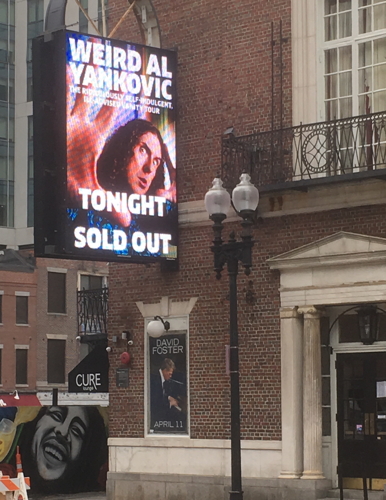 These guys are not messing around: 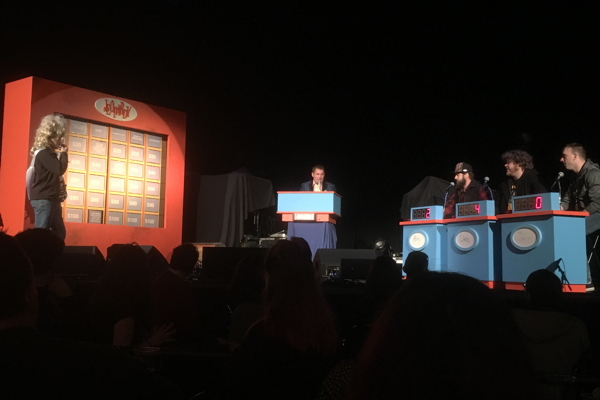 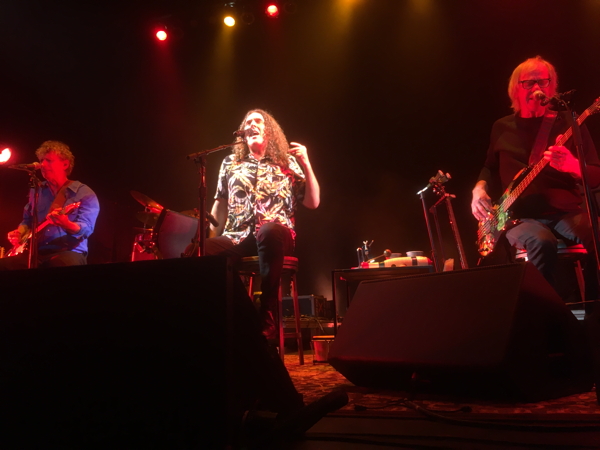 Jim and Steve at the legendary Club Passim: 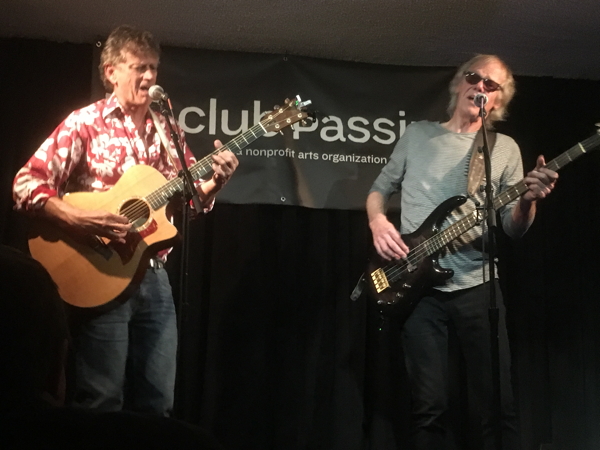 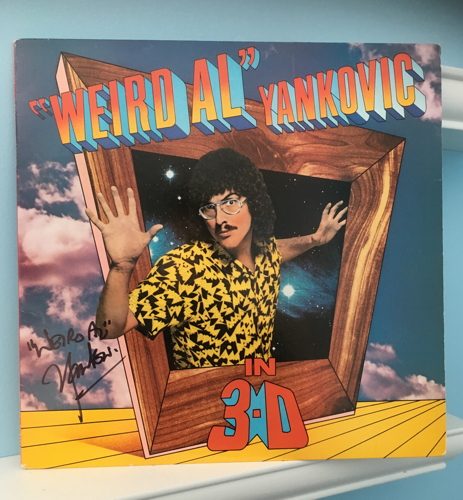