Kevin and Kornflake celebrate Tell a Story Day, while acknowledging that their own stories tend to be quite lame; our latest "Chickens in the News" segment is immediately followed by our first (and hopefully last) "Ferrets in the News" segment; at a recent They Might Be Giants concert, Kornflake falls in love with the saxophone-based opening band, and Kevin recalls the last TMBG show he attended, where he acted like a huge creep; and speaking of saxophones, we present a Top 4 ½ List of our favorite 1980s saxophone solos! (How many Billy Ocean songs made the list? Way more than you'd think.)

Mention of National Tell a Story Day (April 27) reminded Kevin of an upcoming event organized by writer Matthew Dicks (whom we discussed in Flopcast 024 and 036). He has planned a night of storytelling (along the lines of The Moth) in Hartford, CT on May 4; the event is called Speak Up.

Just what all of us in Chickentown were waiting for: a scientific study of roosters' internal clocks.

Could you honestly mistake this ferret for a poodle? An Argentinian man did. 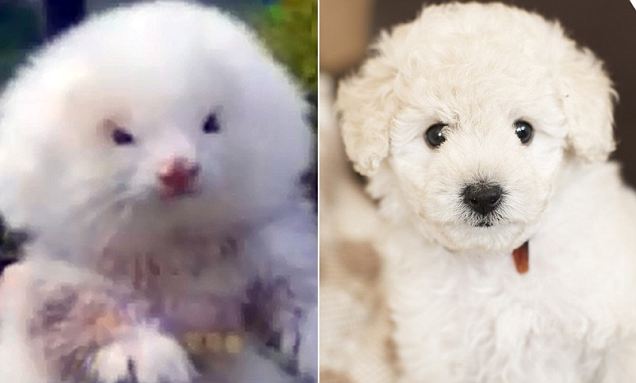 Kornflake was quite taken with Moon Hooch, who opened for They Might Be Giants at the recent show attended by your Flopcast hosts.

Billy Ocean has the signature honor of making both Kevin and Kornflake's lists. Kevin especially likes the moment in "When the Going Gets Tough" when Danny DeVito mimes playing a sax almost as tall as he is. 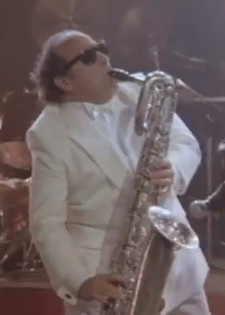 Billy Joel, "It's Still Rock and Roll to Me":

Both "Harden My Heart" by Quarterflash and "Who Can It Be Now" by Men at Work hit you with sax right out of the gate!

The late Clarence Clemons, saxophone player with Bruce Springsteen's E Street Band, teamed up (and came very close to making out) with Jackson Browne on "You're a Friend of Mine". 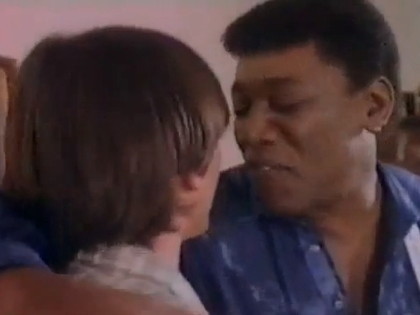 Boy Meets Girl, "Waiting for a Star to Fall":

Bonus video: We're not quite sure where Sexy Sax Man came from, but we've seen people of both genders cosplaying as him at Dragon*Con.