Kevin and Kornflake can't quite figure out how to celebrate the 100th episode of The Flopcast! (Yeah, perhaps we could have worked on this in advance...but those Super Friends DVDs weren't going to watch themselves, you know.) But worry not; we manage to have a festive time anyway. First the Mayor of Chickentown stops by for a special 100th episode "What's in the Bag" presentation! Then we look at some nice boring Flopcast statistics! (Which country has the most Flopcast downloads? Hint: It's not Mongolia.) Still desperate for ideas, we examine the 100th issues of some comic book series, and the 100th episodes of some goofy old TV shows. (Weird trivia: What did the 100th episodes of The Brady Bunch and Alice have in common? And don't just say they were both awesome; that's too obvious.) Also: National Whatever Day! And a special 100th episode edition of "The Pudding Pages", as suggested by our pal WildCard! (We sort of forgot to credit WildCard during the show...) Hey, maybe this was a super-special 100th episode after all. Remember, kids — don't ever do any advance planning. Just go watch a cartoon or something.

To commemorate this momentous occasion, the Mayor of Chickentown presented Kevin and Kornflake with the Keys to Chickentown, fancy gift tins, and a rubber chicken! (Just kidding, the chicken was here already.) 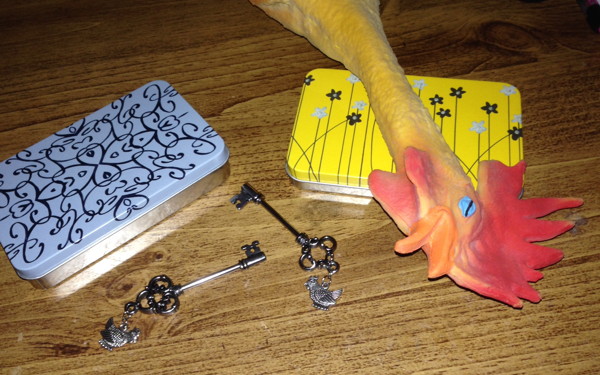 We attempted to find inspiration in the following comic books, but this didn't achieve much beyond making us angry that Zatanna didn't bake us a cake. 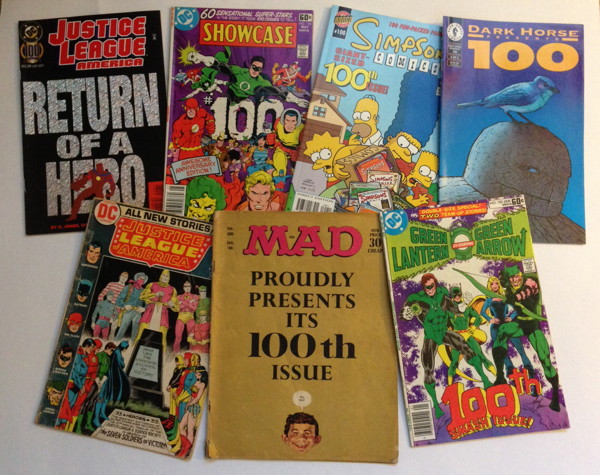 Maybe we should all have worn fake mustaches, like Peter Brady and Alice. It's worth noting that impersonating Robert Goulet was not the only time Alice appeared in male drag! Throughout the series, sitcom logic would occasionally require her to adopt the alter ego "Sam Butler". 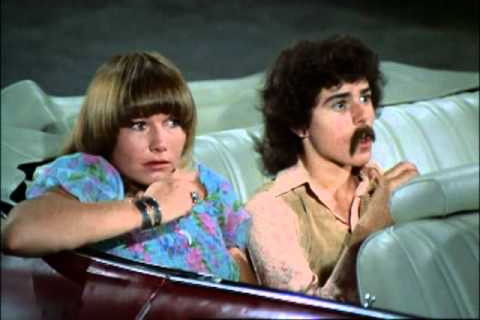 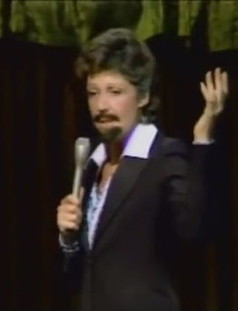 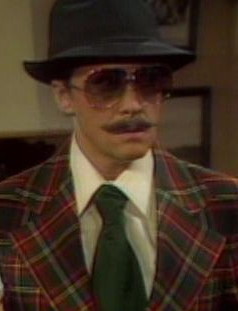 Thankfully, "The Pudding Pages" came through with Lawn Darts. You can read the tragic story that got them banned, if you are so inclined. We prefer to recall the musical stylings of Ed's Redeeming Qualities. The Jarts brand is shown below in both its original and less lethal versions. 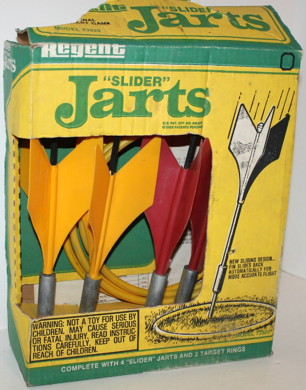 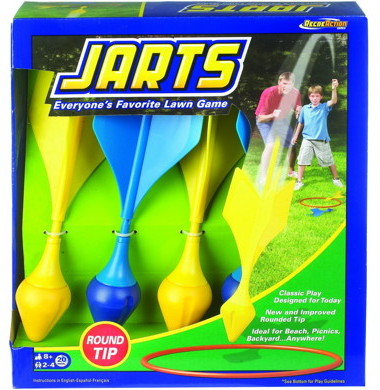 By the way, Kevin stated that six US states have no Flopcast downloads, then proceeded to list only five. The missing state is Montana.