Kevin and Kornflake are back in Wheeling, Illinois for the second annual FuMPFeST comedy music convention! And we're joined by our regular giggling, coffee-spilling correspondent, Doornail! Also on the show this week: Alyssa (of Rhiannon's Lark), DJ Particle, and FuMPFeST performers Todd Chappelle and Carla Ulbrich! Plus cameos by Tim (aka Poohbear) and Blasted Bill! Topics of discussion include: Doornail and Alyssa's college days (breakfast was a rare event; being stared at creepily was not), Mad Mike's wine, Seamonkey's beer, dating Amish women, saying hello in Klingon, wearing a Snuggie at an Arrogant Worms concert, and an insane phone call with Insane Ian. (Plus lots of immature giggling about boobs, because we're so classy.) Note: This episode was recorded in the hallway just outside the main FuMPFeST concert room, so expect a little background noise here and there. And if you think there wasn't a maniac in a Spider-Man costume lurking around through the whole show... you are quite mistaken.

Kevin reacts to being photographed with his usual enthusiasm: 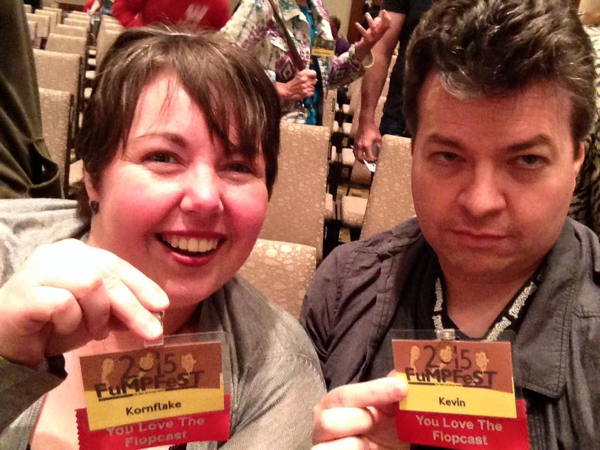 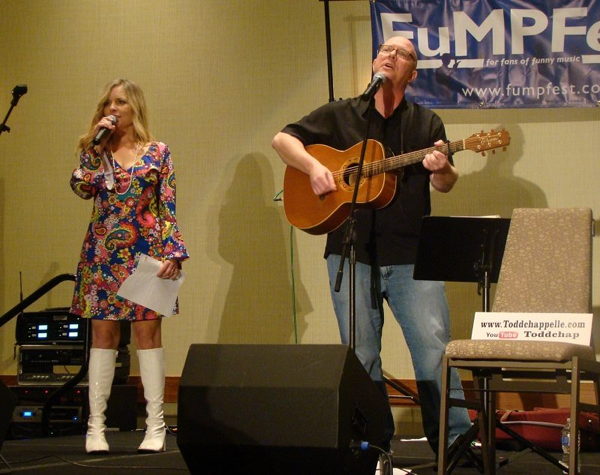 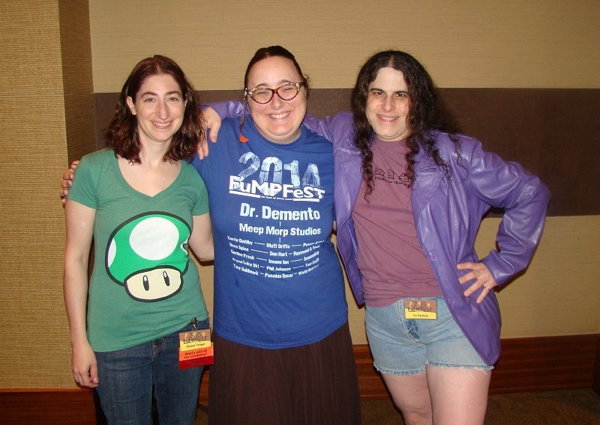 Kornflake is stalked by creepy Spider-Man! 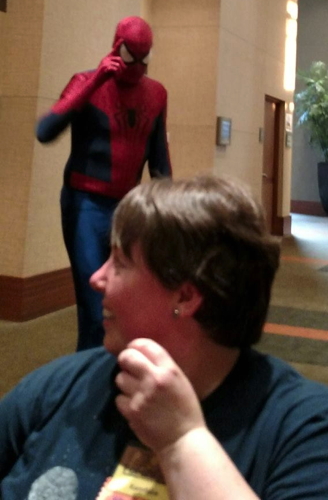