Get ready to party, kids — it's National Button Week. (Which one of your Flopcast co-hosts had New Kids on the Block buttons, and which had Men at Work and Air Supply buttons? The world may never know...) Then during our Pudding Pages segment, Siri is horribly offended when we ask a simple question about Roseanne. (The robots are getting angry, people. The revolution has begun.) We also have some Chickens in the News, because a bunch of Canadian kids have started a Chicken Club at their school. (Those lucky Canadians... at Kevin's old school, we certainly didn't have any chickens. All we had was carbon paper.) And we wrap up this goofy little show with a super-quick review of Star Wars: The Force Awakens! (Have any other podcasts covered this movie yet? No, we're probably first, as usual.)

National Button Week always falls on the third week of March. It turns out the National Button Society that sponsors it is dedicated to the fastener type, not the statement type, but that's okay. We give you permission to celebrate however you want. You can even go crazy and make a button out of buttons!

The two Beckys on Roseanne were played by Alicia "Lecy" Goranson and Sarah Chalke, respectively. Things got even more complicated when Goranson returned for season 8 only, and Chalke finished out the series in season 9. One episode worked this situation into a parody of the opening credits to The Patty Duke Show. 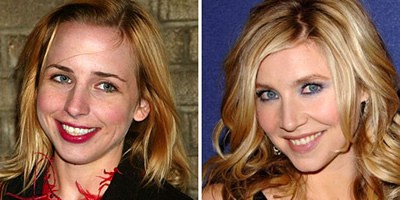 Kevin couldn't remember who submitted this week's Chickens in the News. In the future he can just say it was Arturo and he will be right at least ¾ of the time! 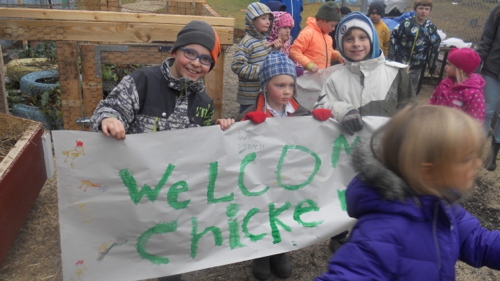