Flopcast 270: Battle of the Network Skinks

Our excruciating all-summer-long review of High Feather continues! In episode 4, the kids publish the camp newspaper (using incredible technology like mimeograph machines and typewriters), and we learn a goofy apple-picking song too. (How did this show not sweep the Emmy Awards?) It's also National Gummy Worm Day, which makes us ponder the existence of gummy skinks (because creepy lizards just make everything better). And we review the list of celebrity contestants on the new Battle of the Network Stars, a revival of the classic (and ridiculous) Howard Cosell-hosted show from the 70s and 80s. The new show promises to be ridiculous too, but the players include Greg Brady, Danny Partridge, Daisy Duke, the Incredible Hulk, Isaac the Bartender, Electra Woman, and a couple of Facts of Life girls. So yeah, they have our attention, even if this is seriously cutting into our High Feather time. Next week: We'll be back from CONvergence! Hopefully!

Did we mention we have a High Feather playlist?

Gummy skinks might not be so easy to find. Some alternatives include gummi crocodiles and gummi sour geckos. 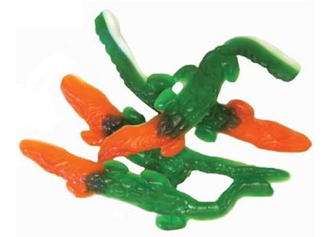 But here's the perfect treat for the Flopcast: Gummi flip flops! 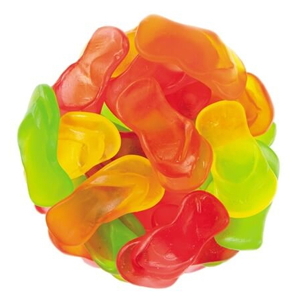 Read all about the new Battle of the Network Stars as well as the original incarnation. You can watch Catherine Bach's 3-woman team winning the tug of war in 1982 here...and let's just say that's not the thing most people remember about her in that episode! 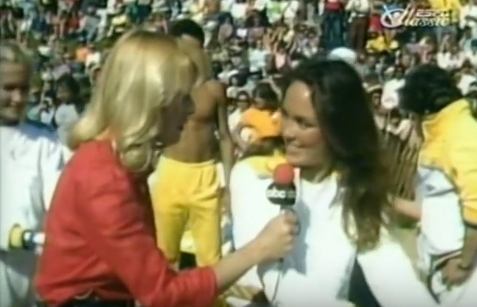