We're back from DragonCon, but not quite ready for our DragonCon review show. (Hey, we were surrounded by Yip-Yips for several days. Readjusting to reality is a process.) Meanwhile, we have this special episode previously available only to ESO Network Patreon members. And the subject is appropriate, considering our favorite guests at DragonCon this year. For you see... Kornflake had a deep dark secret. She had never seen the 1980 sci-fi classic Flash Gordon. So tonight, Kornflake joins Kevin and the Mayor of Chickentown (who have each seen the movie about six thousand times) to right this terrible wrong. Armed with coffee and pizza pie, we all watch Flash Gordon together, and discuss. Along the way we cover: The amazing sets and costumes, the less-than-amazing special effects, the killer Queen soundtrack, the football fight, our encounters with stars Sam Jones and Melody Anderson, the rest of the wonderful cast (Brian Blessed! Max von Sydow! Topol!), other versions of the story (don't miss the Filmation cartoon), and just why we've been so obsessed with it all for forty years. (A certain talking teddy bear seems to be a fan too.) Whether you're a longtime Flash Gordon fan or a new one (like Kornflake), please enjoy our silly little show, and check out the movie too. It will save every one of us.

Here is the magnificent cosplaying family we saw at DragonCon 2016. Who invited Weird Uncle Klytus? 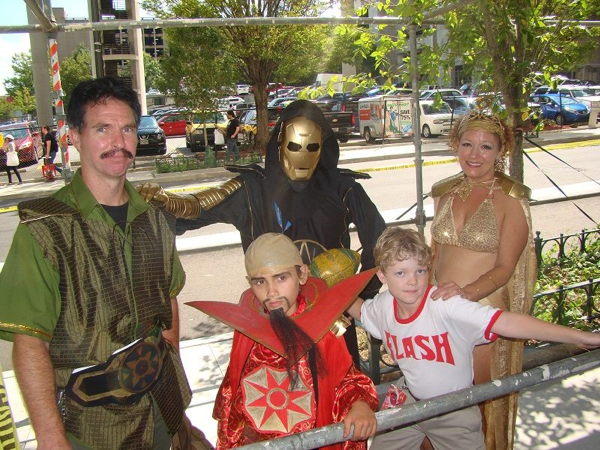 The late Peter Wyngarde was the man behind the Klytus mask in the movie. The popular spy character he portrayed on British television was Jason King, who inspired Mike Myers in the creation of Austin Powers. Wyngarde also menaced Diana Rigg in more than one episode of The Avengers, most memorably "A Touch of Brimstone". 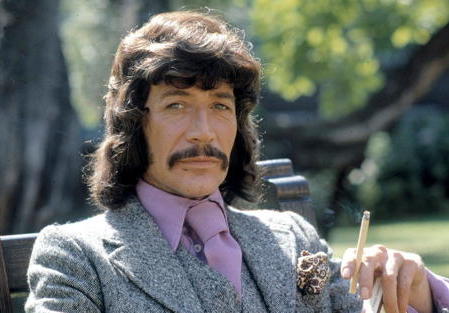 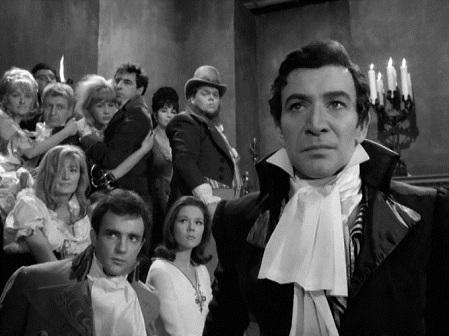