You know how this works: It's episode 85, so Kevin and Kornflake have set Doc Brown's DeLorean for 1985! It was the year of USA For Africa and Live Aid... and more importantly, Mr. T at Wrestlemania. The Brat Pack was stuck in Saturday detention, Pee Wee's bike was stolen, and the Goonies were good enough. Yikes, what a year — the only thing missing was a basketball-playing werewolf. (Oh, wait!) And of course, we have some holiday fun too, thanks to Kornflake's scary singing Santa hat, a lobster trap Christmas tree, National Egg Nog Day, and a special holiday edition of Chickens in the News.

Of course it makes sense to celebrate National Egg Nog Day on December 24, before the powers that be take it away from us for another year.

Nothing gets Kornflake in the holiday mood like a Lobster Trap Christmas Tree! This one is at the Nubble Lighthouse in Maine. 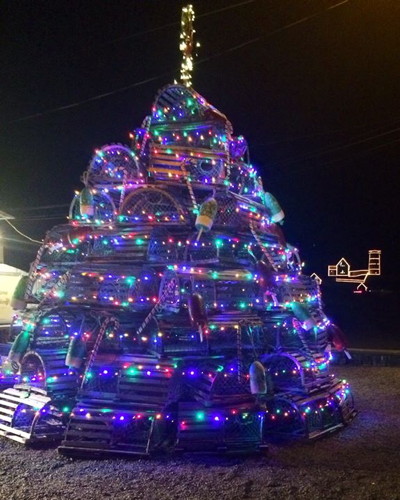 Kornflake brings up the Hall & Oates dual single of "Jingle Bell Rock", which was actually released in 1983. Though I can't embed it here, you can enjoy the goofy video on YouTube. 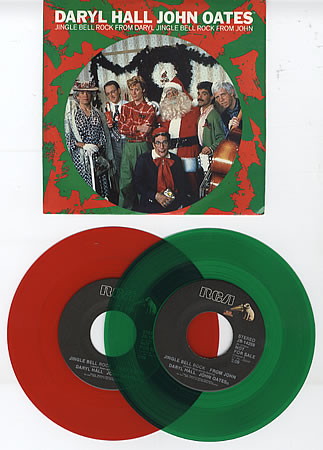 Kevin pored over the USA for Africa group photo and obsessed about musician team-ups like they were the Justice League.

And in case you were wondering what the Canadian musicians were up to in 1985, they had their own charity single:

A family known to Kornflake is the subject of this heartwarming "Chickens in the News" story. Merry Christmas, Chickens!