We're up to 1982 in our series of 80s-themed episodes, and it's time to review another Facts of Life backdoor pilot! This one looks eerily similar to a previous backdoor pilot, as the boys of Stone Academy get another shot at a spinoff series! But this time instead of a school dance, the plot involves a school boxing tournament. (Back in 1982, viewers probably thought they were watching Rocky III.) And the cast has been expanded to include a pretty nurse, a scary kid named Mongo (probably working for Ming the Merciless), a cameo by (then unknown) Crispin Glover, and 80s supernerd Eddie Deezen! (You know Eddie from Grease, Wargames, and a billion other things. He out-nerds us all.) Did it all work? Of course not. But it's magnificent. Also: 80s trivia with the ESO Network Board of Directors, and Happy Birthday to Tootie's real life mom. Next week: 1983. Of course.

The last time we visited Stone Academy, we paid a lot of attention to John P. Navin, Natalie's putative boyfriend. 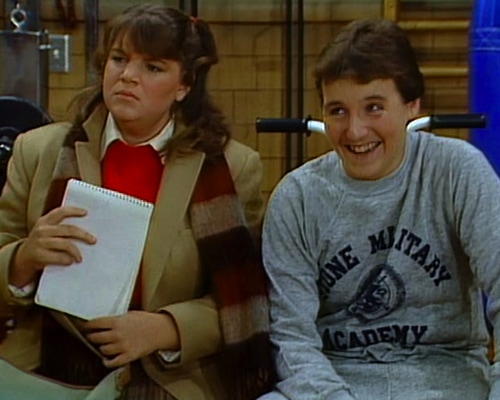 One of the characters added for the second attempt was Grusky, played by Eddie Deezen, who deserves a spotlight of his own!

Eddie is probably best remembered for playing Eugene in Grease and Grease 2. 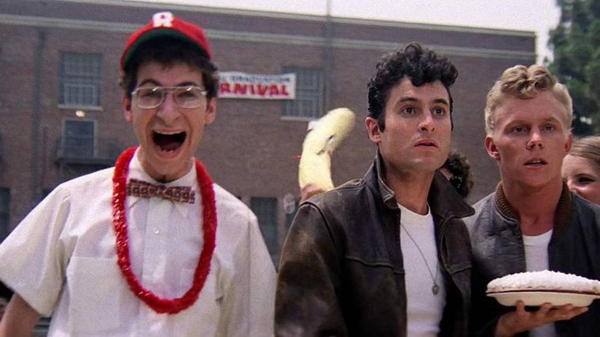 Shortly after that first '50s throwback, he went even further back in Steven Spielberg's 1941.

He made a brief but memorable appearance in WarGames. 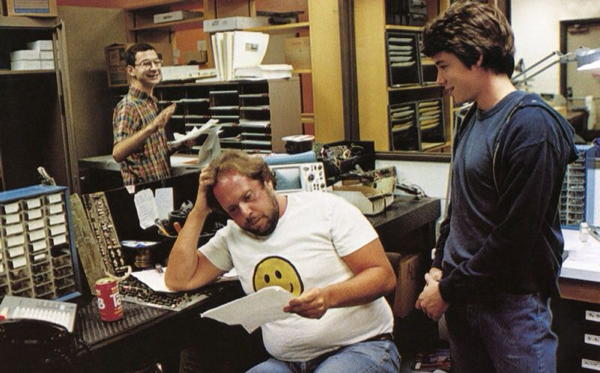 Moving to TV, he had a recurring role on Punky Brewster, and he followed that up with a prolific career as a voice actor!