The Pod of Destiny's Blasted Bill joins Kevin and Kornflake for another "Flop of Destiny" recording session, live from MarsCon in Bloomington, Minnesota! And we're joined by a crazy lineup of comedy musicians, Dementia Radio DJs, and miscellaneous wandering weirdos, including: Doornail, Wacky Ben, TV's Kyle, Lindsay, Insane Ian, ShoEboX of Worm Quartet, Mikey Mason, Madman Ken, Beth Kinderman, Angela, Wild Card, Bob, Jayekitty, and a woman dressed as a giant drop of blood! We tackle all the pressing issues of the day, such as: Dementia Smackdown Wrestling, Dementia Water Aerobics, Kevin's new all-time favorite convention costume, Kornflake freaking out over meeting Doctor Demento, and how to frighten old ladies at TGI Fridays. Plus: Lindsay provides a super-violent edition of "What's in the Bag"! Hang on, kids — if you want to hear a dozen people screaming at the same time and having way more fun than you, we've got you covered this week.

The Flop of Destiny returns, but this time with a lot more people! The epic recording session was captured by Kevin in this photo: 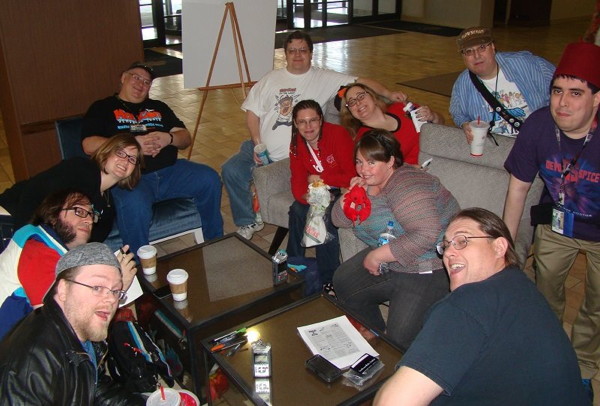 Not pictured above, but also included in passing: Mikey Mason, ShoEboX from Worm Quartet, and Beth Kinderman 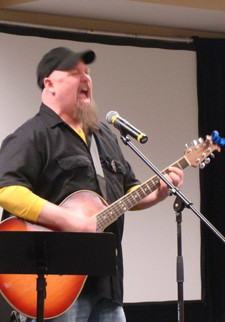 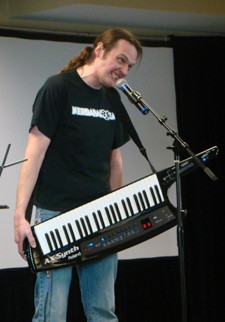 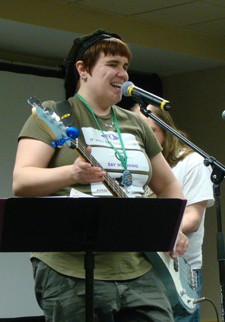 The winner is Kornflake! She triumphantly wields her Dementia Wrestling belt: 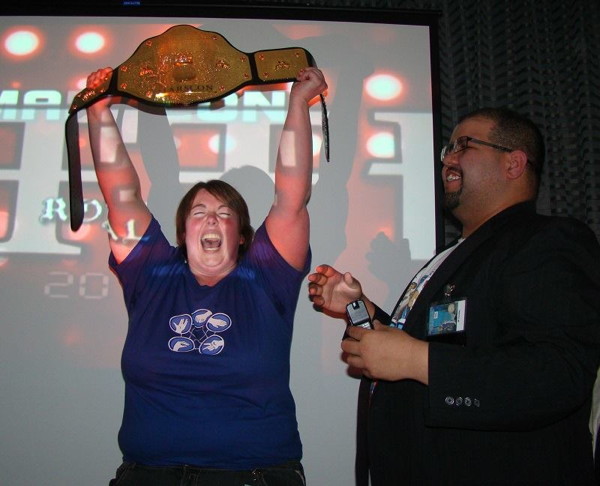 You can watch the entire match with commentary below.

Lindsay was responsible for this week's "What's in the Bag" segment, presenting a pair of Socker Boppers to Kornflake and prolonging her violent reign of terror. 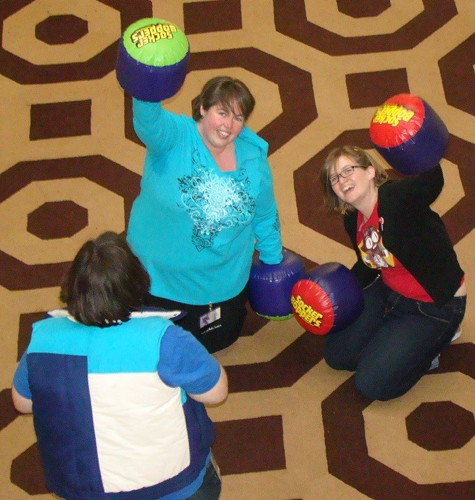 Earl strikes back! After praising his transitional Aquabat-to-Penguin appearance at CONvergence (see Flopcast 062), Kevin was pleased to find Earl cosplaying as Kenny Rogers at MarsCon. 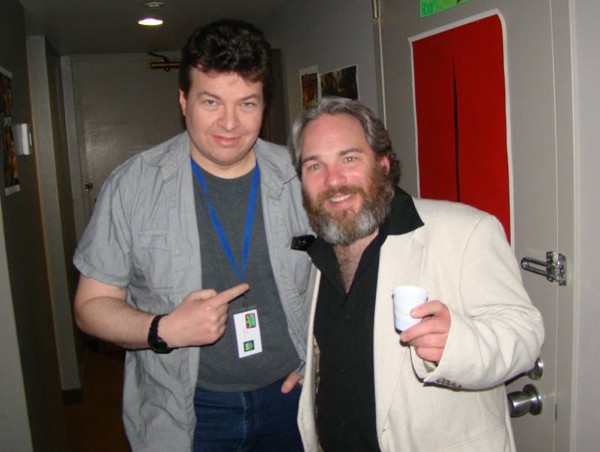 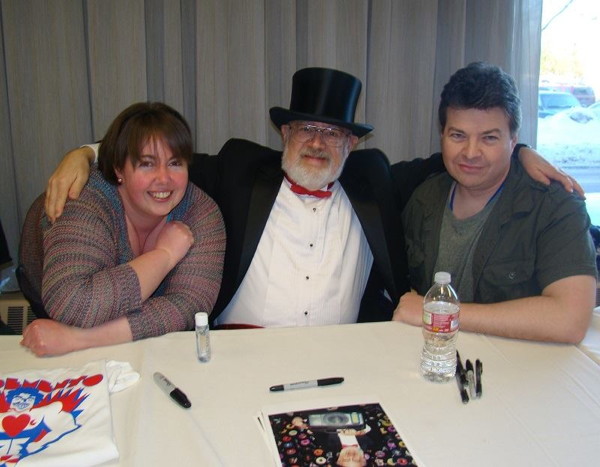